Far past are the days when oil is oil and gasoline is gasoline. Industrial optimization has resulted in a world full of specialized products manufactured and labeled for specific uses.

While obviously using products with the devices they were designed for is ideal, sometimes life doesn’t work out that way. When circumstance demands, how different is motor oil for a chainsaw from that designed for an outboard motor?

Fundamentally, the functional portions of each type of motor oil is identical. Where the oil is going, however, is very different and different additives are used in each to increase performance and lengthen the machine’s lifespan.

Can You Use Outboard Motor Oil in a Chainsaw?

Because of their similarities, in a pinch it is possible to use outboard motor oil in a chainsaw engine, though doing so will likely void any warranty. To understand the differences that complicate things we need to understand how 2-stroke and 4-stroke engines differ and what that means for oil additives.

A 2-stroke engine, like the type used in a chainsaw, is built to have as few moving parts as possible. Spent fuel is removed from the chamber in the same stroke as new fuel is allowed in, maximizing stroke efficiency.

To accommodate this, the crankcase is left open with gasoline allowed to flow freely around the backside of the piston. As the piston moves down, opening the combustion chamber, it creates pressure in the gasoline beneath, forcing it up and around to displace the spent fuel.

An open crankcase leaves both sides of the piston exposed to the fuel, forbidding space for oil to lubricate the system. In addition, these engines burn much hotter than the more controlled environment of a 4-stroke engine.

To accommodate this design, 2-stroke engine oil is designed to mix with the gasoline and lubricate the system from the inside, the oil burning away as the engine runs. This leads to an engine with more exhaust and an oil designed to burn cleanly. 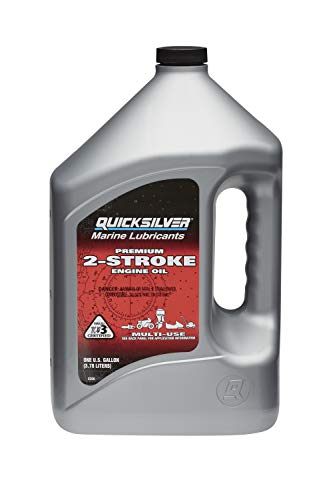 Along with a clean burn, 2-stroke oil also needs to mix with gasoline effectively. While without these additives engine oil can mix with gasoline, the mixture will turn to a gummy liquid after a few days if not immediately burned.

4-stroke engines on the other hand work in two stages. First, gasoline is allowed into the chamber and burned, after which the piston is allowed a full rotation to dispense the spent fuel. Once finished, new fuel is allowed in for the process to repeat.

This leads to a cool, controlled engine that pumps fuel through vacuums rather than relying on the pistons’ lower extremities to force fuel into the chamber.

Oils for a 4-stroke engine are designed to maximize the longevity of the system. Rust inhibitors that might be impractical in a hotter engine are valuable additions here, and viscosity adjusters help the oil stick where it needs to go instead of running free. 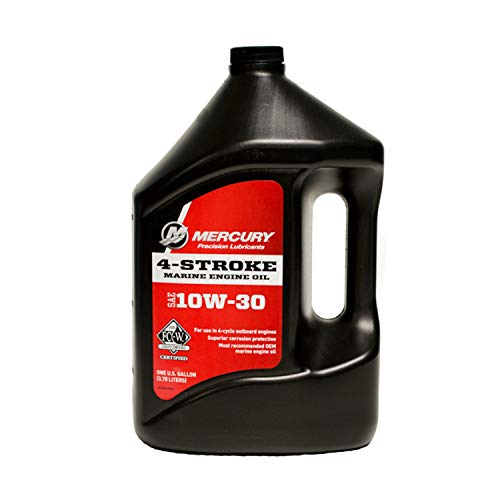 Which Oil is Best in a Chainsaw?

With all these differences in additives there is definitely a risk to anything you do. Despite the theoretical hurdles, in a bind, switching oils isn’t as dangerous as you might initially assume (though doing so would likely shorten the lifespan of your machine).

Not necessarily indicative of general trends, tests such as those done by Project Farm on YouTube help provide a successful precedent.

Will 4-stroke oil damage a 2-stroke engine? Let's find out!

Testing 2- and 4-stroke oil side by side in the same machine, the host found that the 4-stroke oil burned with visibly more smoke than the 2-stroke product. Nonetheless, the engine ran without issue and resulted in no visible damage.

Compared to the power washer motor displayed in the video, chainsaws tend to run much faster, and while marine oil is generally quite high quality, there is always a risk going against manufacturers’ directions with motors that run as hot as chainsaws do.

If you do end up running a chainsaw with outboard motor oil, be very careful of temperature so as to not let the oil break down. Let the motor rest frequently and don’t keep the throttle pegged for as long as the bad oil is in there.

Finally, keep in mind that the oil-gasoline mixture in your machine will separate in just a few days. To prevent this, make sure to burn away any premix completely before hanging up the chainsaw.

With all this in mind, it is definitely possible to run a chainsaw with outboard motor oil that isn’t optimized for the engine, so long as you don’t mind voiding your warranty. If you do use outboard engine oil, don’t make it a habit and keep a close eye on the heat of your chainsaw engine.