For the majority of boaters, the number one priority is to get out on the water; fishing, water sports, and touring: these are the reasons to own a boat. Maintenance? Not so much.

Marine battery isolators work to allow a boat’s batteries to be utilized for recreation without threatening power essential to engine performance.

Isolator systems do so with two separate batteries that charge in tandem while draining separately.

In the spirit of reducing the work required to get onto the lake and stay on the water safely, many boat owners wonder whether a battery isolator is worth the hassle? Is it really less work than going without?

Well, obviously that is a decision you are going to have to make yourself. To help get you started the first step is to learn what battery isolators actually do.

What is a Marine Battery Isolator For? 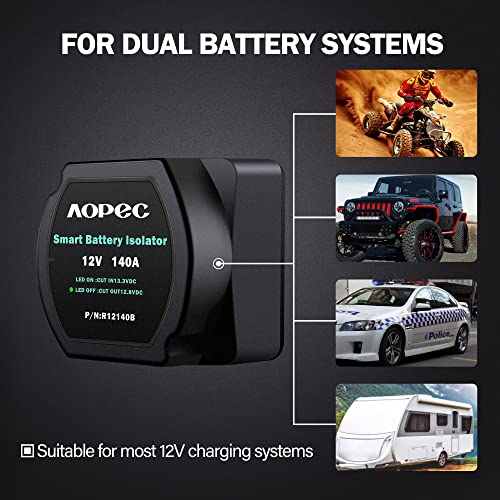 The fundamental purpose of a battery isolator is to allow plenty of power for your recreation needs while minimizing the risk of a dead battery when the time comes to fire up the engine.

To accomplish this, some boats use a two-battery system: the first battery helps to fire up the engine while the second powers lights, stereo, refrigerators, phones, and anything else you might need electricity for.

In a fully connected system, charging the batteries simultaneously is easy by just hooking them up in parallel. Unfortunately, the same physics that allows them to charge together also lets the second battery leech power off of the first as it runs low.

The isolator comes into play by allowing both batteries to be charged off of the same alternator without allowing charge to flow freely between them.

How Do Marine Battery Isolators Work? 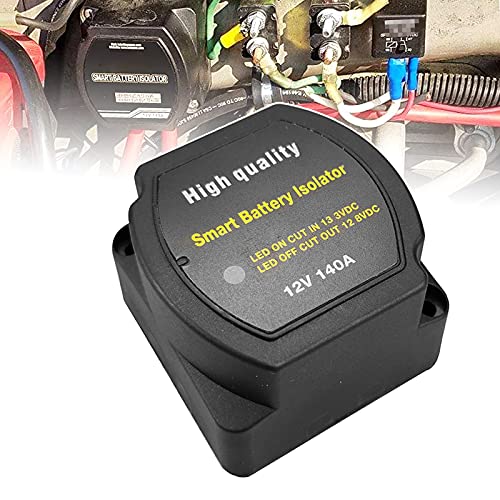 The original method most commonly used for accomplishing this is by splitting the current running out of the alternator and then simply running both branches through a diode.

To do that there is a certain necessity of converting the alternating electrical current (AC) from the alternator into the direct current (DC) necessary to prevent backflow of power.

Alternating current (AC) is a form of electricity that switches the polarity of its flow periodically (i.e. the negative wire becomes positive before reverting to negative).

By switching back and forth dozens of times each second a constantly energized state is reached without letting the electrons actually travel too far.

This works because for many applications, such as for a lightbulb, the direction of electric flow doesn’t actually matter, it’s the energy released by the very act of electrons moving that feeds these mechanisms.

To switch this to a consistent flow direction (DC) a power rectifier is needed. The mechanics of these vary from simply blocking any flow from the opposite direction to more complex three phase systems.

Whichever type the inverter is used, the end result is slightly reduced power flowing in a consistent direction.

Finally, there is a second type of battery isolator growing in popularity more recently. With the alternator connected onto the starter battery, it is allowed to charge normally. The isolator is then used to connect the secondary battery into the system.

These “smart” isolators allow flow between the two batteries when voltage is high, but automatically restrict that flow when either battery falls below a certain voltage threshold.

This type of isolator has the advantage of allowing entertainment systems to utilize a bit of the starter battery’s power without risking letting it get too low to start.

Does My Boat Need a Battery Isolator?

With the mechanics in mind, it’s time to look at what the results of a battery isolator will be on your boat.

On the positive side, having two separate batteries is absolutely essential whenever there’s a chance you will need to use a lot of power while the engine is off. Getting stuck with a dead engine on the water is just too much of a risk.

On the other hand, simply having a battery isolator will end up reducing efficiency when it comes time to recharge. While not huge, the little bits of extra fuel will start to add up; not to mention the initial installation expense when putting in an isolator. 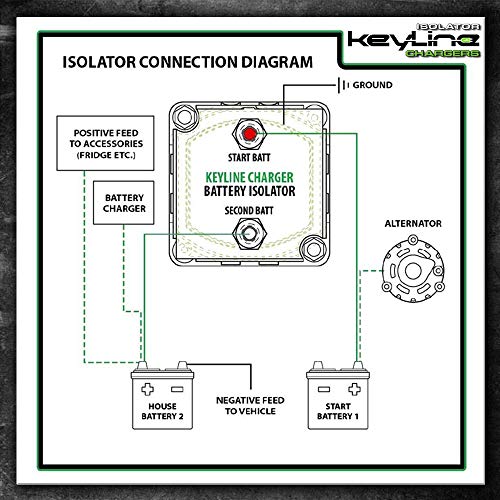 Luckily if you do decide to go with a battery isolator installing a new one is fairly easy. Most isolators include all the wires you need to set it up right there in the box.

Once you have the isolator you will be using all you will need is a second Marine Battery  to help run your recreation equipment and a Wrench Set  to help everything slot in nicely. Before you begin it may be worth your time to watch a youtube video or two on the subject to cement what you want to do in mind

Starting off you need to find space in your engine rigging for an extra battery and the isolator. Make sure and take a look at wire lengths and that you can switch your entertainment systems to the new battery without issue.

Mount second (house) battery. Depending on the battery’s individual setup, this may include screws or other mountings to keep it in place, but likely this will just mean replicating the fastenings used for the starter battery.

With the battery mounted begin moving your auxiliary wires onto the terminals of the new battery. Ground your house battery by connecting ground on each battery to the engine block. 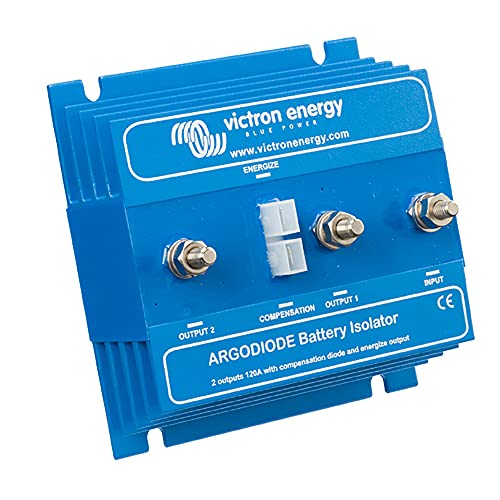 Wiring the Isolator will depend on the type of isolator you are able to find. For a diode battery isolator detach the positive cable connecting the alternator and starter battery at the battery terminal. 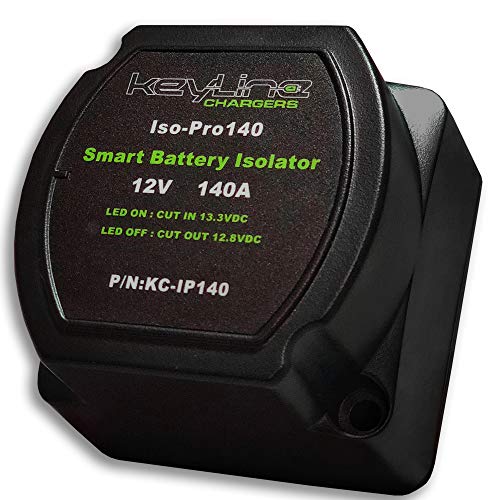 Leave the positive cable connecting the alternator to the starter battery in place. Instead, place the isolator in a central location between the batteries and connect a positive cable to each of the two terminals on the isolator.

How to Test a Marine Battery Isolator?

If you do end up getting a battery isolator testing it will become an important part of your regular engine checkups.

While there are certainly experts available to test it for you, doing it yourself is essential when it comes to preventing power issues and troubleshooting them as they arise. If this is your first time, e-Marine Systems has a valuable resource in their video tutorial of the process.

How To Test A Battery Isolator - e Marine Systems

Luckily doing so is super easy and all you will need is a Wrench Set to free the terminals (see the owner’s manual on your boat/batteries to see which ones you need), a Diode Tester , and a bit of Painter's Tape  to label your wires.

Take note of the current wire installation. Follow the wires coming out of the isolator and figure out which one feeds into each of the batteries and the alternator. Make sure you can differentiate the house and engine batteries when you need to reattach everything later.

Use the wrenches as needed to open the terminals and detach the wires. As you do so, wrap painter’s tape around each wire and write which terminal it originated from (alternator, house battery, and engine battery).

If everything is working properly, reattach each of the wires, checking that each connection is fastened securely.

If the test reveals a faulty isolator be sure to replace it promptly. Reconditioning battery isolators is generally beyond the scope of possibility.

With all the options available for a battery isolator it can seem a little overwhelming at first, but hopefully, you are now equipped with the knowledge you need to make a decision on what your boat needs.

If you do have any concerns don’t be hesitant to ask your local boat shop for advice. In my experience, they are always happy to provide just the solutions you need for whatever your individual difficulties are.