One of the choices you must make when buying a trolling motor is whether you want a propeller with three blades or one with only two blades. While this may not be the most important factor in choosing one trolling motor over the other, you should certainly consider which would be best.

Here’s what you need to know to make an informed decision about which propeller to choose. Armed with this data, you can pick the best one for all of your needs. 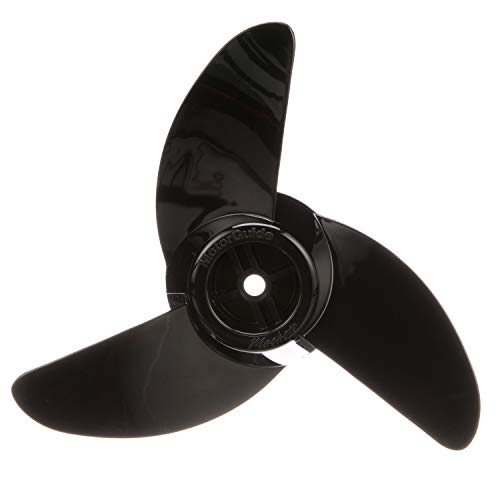 Propellers with three blades are what you’re looking for if you want to cut through weeds easily. Because there are more blades, they more easily catch and trap grass that is in the water. That way, it doesn’t wrap around the propeller shaft and negatively affects motor function.

If you fish in the weeds or in mucky, murky water, you probably want a trolling motor with a three-blade propeller.

On the other hand, propellers with three blades don’t offer as much stability when you’re fishing in high winds or in areas with strong currents. If you want to stay in one place no matter what, this is not the propeller for you.

This occurs because three-blade propellers do not have as much power as most two-blade versions do. The extra blade causes more drag. On a larger engine, this isn’t very noticeable, but it can make a major difference on a smaller engine, like a trolling motor.

This means that three-blade propellers are generally used on larger motors, which are usually installed on larger boats.

Advantages and Disadvantages of Three-Blade Propellers 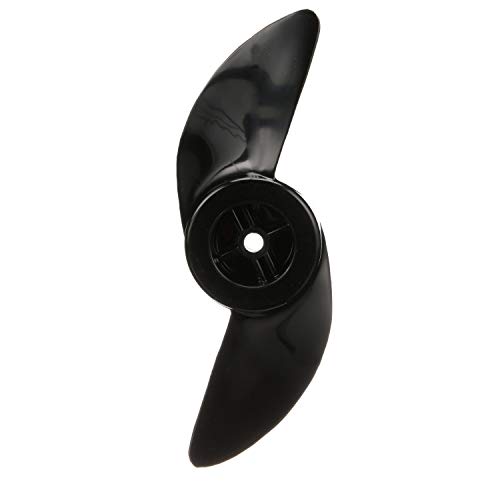 Propellers with two blades will give you more power than the three-blade versions. This equals more thrust, which is particularly useful if you are fishing in high winds or waters with heavy currents.

They also allow you to run your motor on a lower setting and still get thrust similar to what a three-blade propeller would get on a higher setting. This saves your battery’s life, so it may last longer and allow you to spend more hours out on the water.

However, two-blade propellers are not great for weeds or when fishing in the muck. The blades are less likely to cut through grass and, instead, get wrapped up in it. This means that you will have to stop and clean off your trolling motor more often.

Advantages and Disadvantages of Two-Blade Propellers

The MotorGuide Machete is the perfect three-blade propeller for use in shallow water. Since this is where the weeds tend to hang out, you want a propeller that will chop through them with ease. The Machete will do this and more. 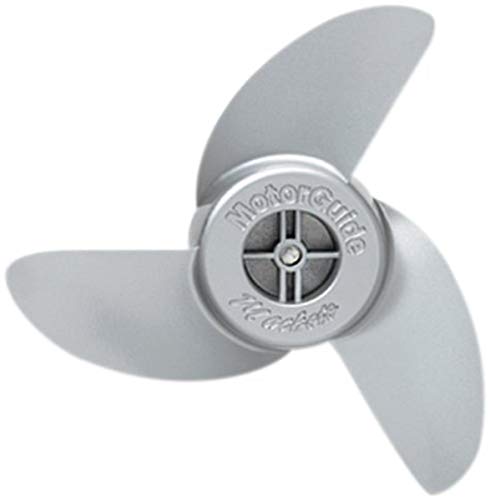 The Machete is made out of aluminum, which increases both its durability and its thrust. While it may not be as efficient as a two-blade prop, many anglers say that it moves them as fast or faster than those versions do.

This propeller is hard to damage. If you’re like most anglers, fishing in shallow water can be tough on props because you don’t always know just how shallow it is. When you use the Machete, though, you won’t have to worry anymore because it can take a beating and keep on spinning.

If you have a 36-volt trolling motor and you want to glide smoothly through weed-infested shallows, this is the propeller you’ve been looking for. Install it today and find out how easy it can be to fish in the muck.

The MotorGuide Katana is one of the best two-blade propellers on the market. It is so efficient that it can extend battery life by up to 30%. If you’re struggling because your battery dies halfway through the day, this propeller could make a huge difference for you. 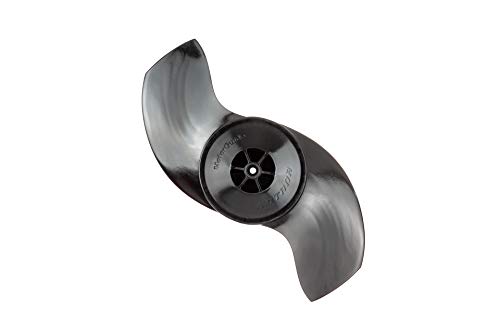 This is one of the best two-blade propellers for weeds. While still not up to the performance of a three-blade version, it cuts through weeds well. As long as there aren’t too many of them, this propeller will get you where you need to go.

The Katana is made out of long-lasting, durable material. It is hard to damage and can withstand nearly anything that your fishing trip throws at it. You can use it in any type of water, from shallows to currents to open water.

When you choose the Katana, you won’t be disappointed. Unless you fish in waters with very heavy weeds, it is nearly always up to the task of keeping you moving all the time.

If you need to, you can always buy two propellers and switch them out on your trolling motor based on where you plan to fish on any given day. No matter what option you choose, you should be able to enjoy yourself out on the water soon!