If you have been looking into trolling motors, you might have heard of a Torqeedo and have wondered if it is right for you. Torqeedo offers a unique product that is perfect for some people but not for others.

Here’s everything you need to know to decide if a Torqeedo is right for you. Look through the following information so you can choose an amazing trolling motor that you will love. 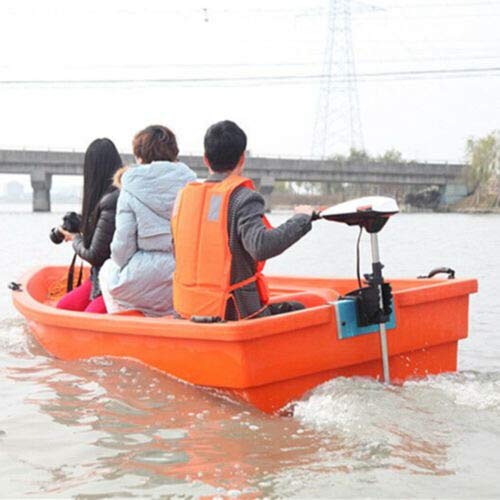 Is the Torqeedo a Trolling Motor?

There is some debate as to whether a Torqeedo is actually a trolling motor. Some of this has to do with confusion based on the different products Torqeedo sells.

Torqeedo mostly sells outboard motors. These are made for larger boats and move them faster through the water than a trolling motor does. They are designed to get you from one place to another, not to help you troll slowly for fish.

What are the Differences Between the Torqeedo and a Trolling Motor?

There are several key differences between the Torqeedo and other trolling motors.

Torqeedo motors contain an internally integrated electric control system, meaning that everything from the battery to the controls is within the motor itself.

Trolling motors are motors with a mounted hand-tiller, allowing the user to steer where the boat goes manually.

How Do These Motors Work

Torqeedo motors can create the necessary current through contactless electronic switching. With the use of an electric system and earth magnets, Torqeedo motors can provide much higher torque levels while also leaving a smaller carbon footprint than other motors on the market.

Trolling motors also run on an electric power source, though their total RPM and potential speed are dependent on several different factors such as the batteries, propellor, and shaft. However, the main feature that sets this motor apart from the Torqeedo is the steering handle or foot pedal that the driver can use to change the motor’s direction.

For its size, the Torqeedo is more expensive than most trolling motors. However, as you read through the differences, you may come to understand why it costs more. There are several features that it has that most other trolling motors lack.

However, the fact still remains that the Torqeedo is more of an investment than other trolling motors in a similar class. If you are looking to save money on a trolling motor, this may not be your best option.

People love the Torqeedo because it comes with a lithium-ion power pack, instead of requiring the presence of large, 12 volt, deep cell battery/ies to power it. Most trolling motors require one, two, or three of these batteries, depending on the motor’s thrust.

These batteries can take up quite a bit of space on a small boat. This is especially true if you have an inflatable dinghy or a kayak!

The Torqeedo also comes with a charger for its battery. It charges quickly, so you can top up the battery, then use the motor ASAP. Traditional battery chargers take a lot longer to get a battery back to full charge.

In addition, the Torqeedo gets quite a bit of power from its battery. Most people who use it are impressed by how long it lasts out on the water. Of course, the exact length of time that it will run is determined by a lot of variables.

The smallest Torqeedo trolling motor weighs less than 20 pounds, and that includes the weight of the battery! This can make a huge difference when you’re adding the motor to a small boat or a kayak.

If you don’t want to be weighed down, the Torqeedo is a great option. Most small trolling motors weigh about what it weighs, but then you have to add the weight of at least one battery on top of that.

The Torqeedo trolling motor is roughly the size of similar trolling motors in its class. However, because you don’t have to bring batteries along, it takes up quite a bit less space on your boat.

Think about it…each deep-cell marine battery is roughly the size of a car battery. Can you imagine trying to store one of these on a kayak? That sounds rough!

If you struggle to have enough space on your boat, the Torqeedo is probably a good option for you. Store gear where you would normally put a battery and use your space better than ever before.

Most trolling motors are designed to go 3-5 miles per hour. After all, they are designed to help you drag your lure through the water in a way that is appealing to fish, not get you from place to place.

The Torqeedo trolling motor can move small craft through the water faster than that. It can get up to 6 or even, sometimes, 8 miles per hour. This means that it can help you both with transportation and with trolling.

Most Torqeedo kits come with everything you might need to mount it on hard-hulled kayaks.

If you want to put a Torqeedo on another type of boat, you may need to purchase an after-market mounting kit or come up with something yourself. Most anglers say that this is not hard to do, but it does require some focus and ingenuity.

The Torqeedo trolling motor is meant for use on a kayak or a small boat. For anything larger, you would want to look at one of their outboard motors, which do not have much in the way of trolling capacity.

Other trolling motors can be fitted to a wider variety of boats. This means that they may have a wider application. However, that does not detract from the quality of the Torqeedo as a trolling motor in its specific class.

The Torqeedo comes with an onboard computer that will tell you how much battery you have left, what your range is within that battery power, how fast you are going, and more. Other small trolling motors don’t usually have these features.

You can also get a Torqeedo trolling motor with GPS functionality, remote controls, and more. These options are not usually available on traditional trolling motors until you get into the larger, more advanced models.

If you like to have data at your fingertips at all times, the Torqeedo trolling motor may be a great option for you.

How do Popular Models of Each Motor Compare with Each Other?

The Torqeedo Travel 603 is a 2 HP waterproof electric motor with an integral battery weighing around 15.5 kilograms. With a battery capacity of 500 watt-hours and a static thrust weight of 44 pounds, this is a very reliable motor for main propulsion.

Other motor specifications are a shaft length of 62.5 centimeters with a removable tiller and a remote control option. It can also offer GPS/speed data and has solar charging capabilities, making it a very versatile motor for many situations.

The Minn Kota Riptide 45 is an electric motor reliant on an external battery, weighing around 10 kilograms. Using a 12-volt battery, the Riptide 45 has a static thrust weight of 45 pounds and is mainly used for trolling.

The Riptide 45 can have a shaft length of either 91 or 107 centimeters, with a tiltable and telescopic tiller. Without the integral components like the Travel 603, the Riptide 45 does not have nearly as many features that many would like for their boat.

In conclusion, Torqeedo motors provide more practical features for a generally higher price range, while Trolling motors tend to be more affordable and optimal for the sole purpose of steering.

Are There Other Sites Where I can Browse Motors?

Yes! If you are interested in viewing trolling motors, you can visit here. As for Torqeedo motors, this is one of the best sites to look at.

What Can I Take Away From All of This?

In the end, while there are apparent differences between Trolling and Torqeedo motors, it mainly comes down to your personal preference, as well as what motor can effectively support your boat. Whether it is a decision made based on budgets or the properties of your boat, it is best to do efficient research before making a final purchase.

If you need to distinguish between the two quickly, trolling motors usually contain a hand or foot operable tiller for steering. In contrast, Torqeedo motors have electronic integrated steering within the motor itself.