Trolling motors are great, aren’t they?

Having a trolling motor mounted on your boat gives you the ability to sail smoothly through the water, at different speeds, without the use of paddles or polls. They make trolling lures a breeze, and they keep you from breaking a sweat when you need to get somewhere quickly.

So, how does the speed control work on a trolling motor?

What are the different types of trolling motor speed control?

And, most importantly, how do you use the speed control function to be able to adjust to different water conditions, desired speeds, and other uses?

How Do You Control a Trolling Motor’s Speed? 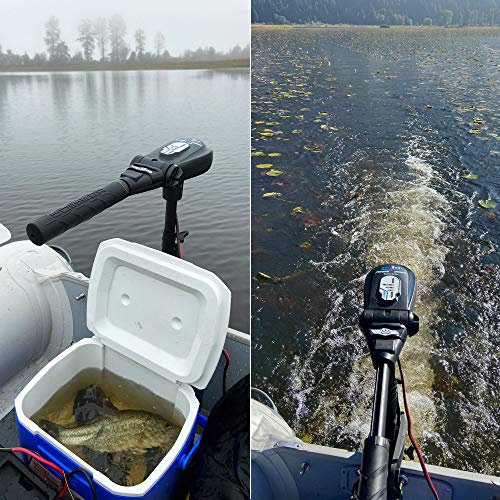 Almost all trolling motors are made to operate at a variety of speeds so you can choose to go faster or slower in the water.

In many cases, the speed is controlled manually. You push a button or turn a knob which sends a signal through the unit’s internal wiring. The signal causes the motor head to increase or decrease the battery draw, in turn causing the propeller to spin either faster or slower.

Some trolling motors are controlled wirelessly. In these units, the speed can be adjusted by simply dialing in your preferred speed on a wireless remote. The signal passes from the remote to the trolling motor’s internal controls, adjusting propeller speed accordingly.

Let’s take a look below. 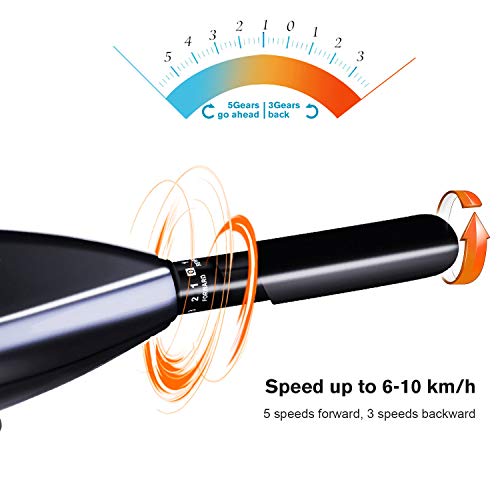 5-speed trolling motors, as you might expect, can be set to one of five-speed levels. This gives you a bit of flexibility to reduce your trolling motor’s speed to avoid draining the battery, and the ability to switch between traveling quickly to your fishing spot and trolling at lower speeds.

Trolling motors with infinite variable speed control can be set to a much wider range of speeds. In fact, some are completely customizable up to a maximum speed, meaning you dial in the exact speed you want as long as it’s within the motor’s speed range. Variable speed control gives you the ultimate amount of flexibility and convenience. 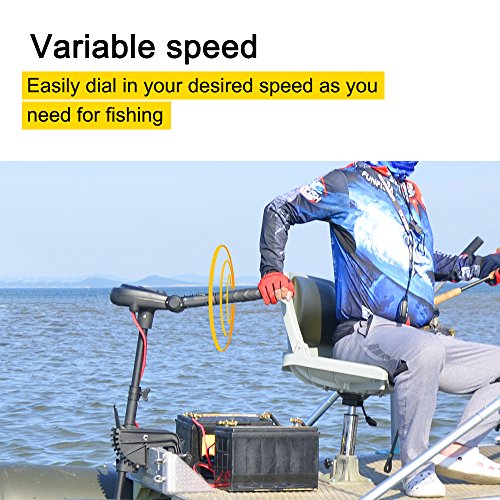 The main drawback is that most trolling motors with variable speed control don’t have a reverse setting, though some are able to rotate the motor head 180 degrees and travel in reverse for short distances.

How Do You Use Trolling Motor Speed Control?

The best way to learn how your speed control functions is to read the owner’s manual included with your trolling motor. Not all trolling motors are made exactly the same, so it’s best to familiarize yourself with your own trolling motor and its rules of operation. 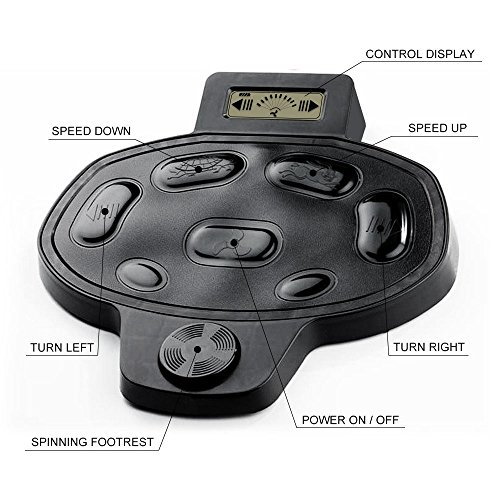 Still other trolling motors have the speed adjusted at the touch of a button, most often on a wireless remote but sometimes built in with the other controls on the trolling motor itself. 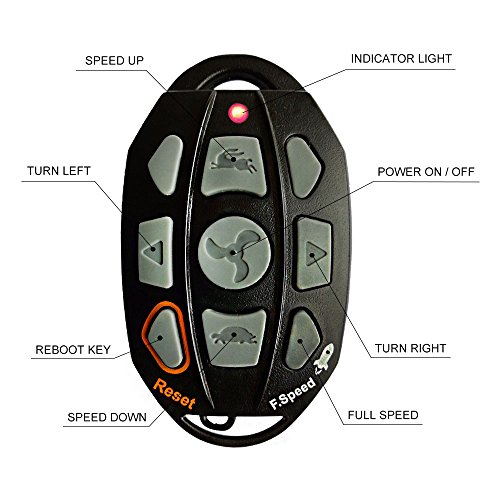 As you may imagine, certain speeds are more appropriate for certain conditions, activities, and boat sizes.

Let’s look at some tips for deciding on the proper speed in a number of different scenarios. 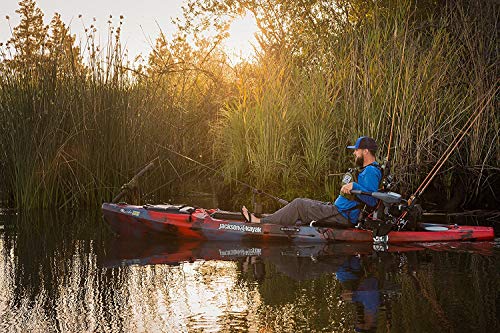 Remember, follow the instructions in your manual for specific step-by-step guidance tailored to operating your specific trolling motor’s speed control.

There are two main types of speed control: 5-speed and variable speed. Depending on your trolling motor, you may be able to control the speed via hand tiller, foot pedal, or wireless remote.

Trolling motor speed control is often straightforward and easy to figure out. The difficult part may be figuring out which speed to use as weather conditions change or you fish in a variety of waters.

Hopefully, if you follow the tips in this article, you’ll have a better understanding of how speed control works as well as the appropriate speeds for a range of conditions.