There is no telling what may go wrong on a fishing trip, from getting plastic stuck in the motor to hitting rocks or trying to reel in a fish heavier than your trolling motor’s capacity. If you are trying to get a Minn Kota trolling motor repair, you’re in luck.

Minn Kota creates small motors that are a DIY-er’s dream come true in the sense that it is fairly easy to disassemble and reassemble. You can find parts for the motor very easily and get them delivered to you in no time. 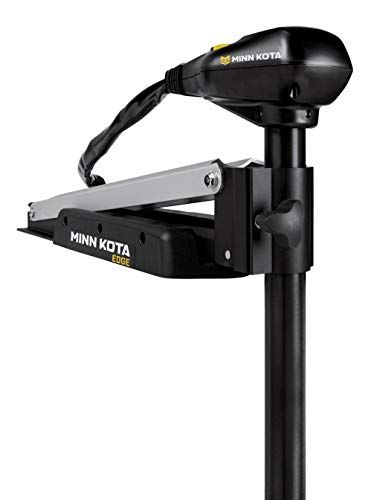 However, just like any other piece of complex machinery, it isn’t advisable to embark on a trolling motor disassembly and reassembly adventure without a manual or guidance. This article will look at some of the more popular Minn Kota trolling motors and how to take them apart.

This 55-pound thrust Minn Kota trolling motor repair is fairly straightforward, which is why we are going to review it first.

Before you start, mark every part of the motor with a marker or masking tape to identify the different parts and their orientation later on.

Now, you can diagnose and repair the Endura C2 Minn Kota trolling motor. Here is a detailed guide on how you can do it on your own.

This is yet another very common 55-pound troll motor. A common problem with this motor is that it slows down, indicating a broken magnet (especially if you hear a coarse sound when operating it).

To diagnose and repair this Minn Kota Trolling Motor;

And there you have it! Here is a video by Jeff to help you visualize the above steps and diagnose your trolling motor.

This is a 70-pound thrust trolling motor. One of the most common problems with this trolling motor is that a part within may break if you hit debris or rocks, which may require you to open it up and repair it.

You can disassemble the Minn Kota Riptide Trolling Motor easily by following these steps;

Here is a video to help you visualize the same.

The Minn Kota Edge 55 is a 45-55 pound thrust trolling motor that often comes with a foot pedal.

This troll motor disassembly and assembly is fairly easy, but there is one complication to keep in mind; if anything inside breaks, it will most likely break other things too, and you will therefore need to be careful of that.

You can easily find the parts for this motor on eBay, Amazon, Minn Kota website, or any local parts shop due to the extensive use this motor finds. To take this motor apart, follow these instructions.

Here is a video to help you visualize the process.

This 70-pound thrust trolling motor is, in every sense of the word, a monster. It’s big and very useful when looking to catch some big fish, or simply when going out on rougher waters. However, one problem that you might face – especially in colder regions – is that saltwater may make its way into the turning head.

Normally, this wouldn’t present a problem but if you live in a cold area, you will end up with freezing saltwater within the turning head, and need replacement.

The lower unit can be opened up just like other Minn Kota trolling motors. Here is a video to help you visualize the process.

Taking apart a Minn Kota trolling motor is easier than it seems – and if you mark the orientation and remember how you pull it apart, repairing and reassembling them becomes even easier. All it requires is a level head and presence of mind. The tools required can be found at any hardware store while the replacement parts can be found at the Minn Kota store or Amazon.