So you’ve got a new boat, and you want to convert your bow mount trolling motor so you can use it on the transom. 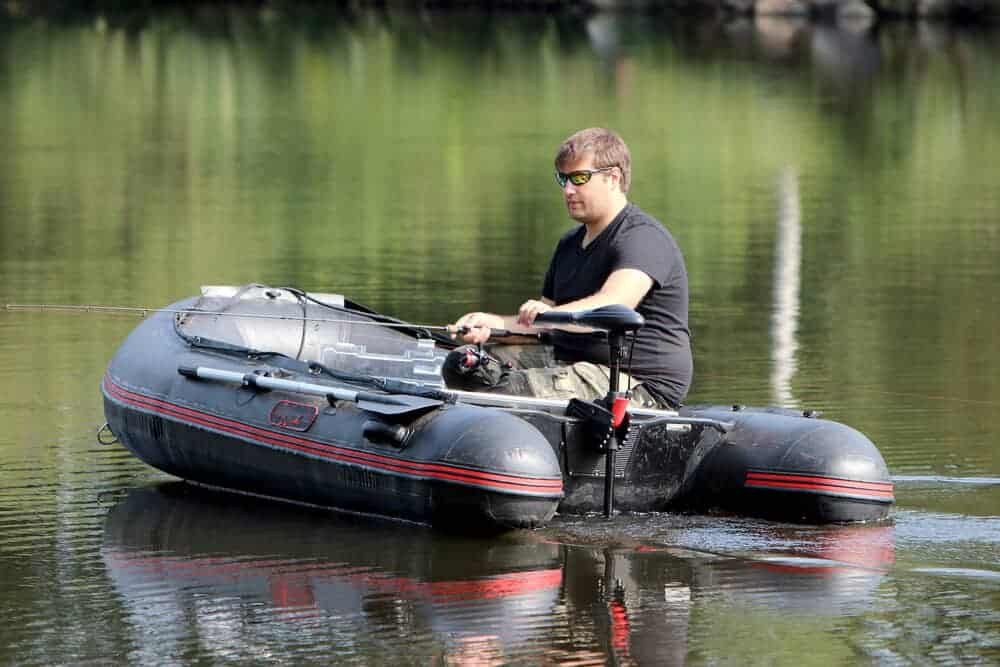 The short answer is, yes.

You can convert a bow mount to a transom mount, and vice versa. If you’re handy with DIY projects, you may only need one motor that you can frequently convert back and forth from bow to transom.

But the question isn’t so much can you convert a bow mount trolling motor to a transom mount. The more relevant question is, should you?

In this article, we’ll look at the major differences between bow mount and transom mount trolling motors, how to convert one to the other, and some benefits and drawbacks of doing so.

Ready to get started?

What is the Difference Between a Bow Mount and a Transom Mount?

When it comes to trolling motors, bow mount and transom mount types are very similar. The main difference has to do with the part of the boat where it’s mounted.

It’s also worth noting that bow mounts are generally more expensive and complex than transom mounts.

Bow mounts may have different controls for foot pedaled, electric steer, or cordless maneuvering of the boat. Transom mounts typically only have controls for speed settings and tilt.

Another difference may have to do with the boats each type of motor is best for. In general, bow mounts are preferred by most boaters because they give you more control and are more efficient in the water.

That said, transom motors might be ideal for beginners or for people who have small boats.

How do You Convert a Bow Mount to a Transom Mount?

Before converting one type of trolling motor to the other, it’s a good idea to familiarize yourself with the process.

Read the following instructions thoroughly, watch the tutorial video below, and identify whether it’s possible to convert your specific trolling motor model.

If you’re concerned about damaging your trolling motor or you’re not sure whether the model you have can be converted, just do a quick internet search and read through a few forums and tutorials.

Once you’re satisfied that you can convert your trolling motor model, it’s time to get started!

Keep in mind that specific instructions may vary from model to model. The following instructions are generalized tips for how to do it.

Why Should You Convert a Bow Mount to a Transom Mount?

So now you know that it’s possible to convert a bow mount to a transom mount and vice versa. But let’s return to our earlier question:

Should you convert one type of trolling motor to the other?

Performing this conversion has several benefits.

The biggest benefit is that you can potentially buy one motor to use on different boats. Because trolling motors can be easily removed and easily converted, you could use the same motor as both a bow mount on one type of boat and as a transom mount on another type of boat.

If you prefer using one type of trolling motor over the other, you can simply convert what you have to what you want. No need to buy a new motor altogether.

In addition, there may be some drawbacks of converting one type of trolling motor to the other. We’ll discuss those drawbacks below.

Are There Drawbacks of Converting a Bow Mount to a Transom Mount?

Depending on the type of motor you have, it may be more of a process to convert it. Instead of simply turning the control head around, you may have to replace some of the parts, which could get expensive.

Another potential drawback is that the shaft of the motor may be too short. This is especially true if converting a transom mount to a bow mount. Because the bow is typically higher and may stick up out of the water, it may lift the motor’s propeller out of the water too.

In addition, it is very easy to break or damage the motor when attempting the conversion. If any of the wires are damaged or pulled out of place, the motor may not work as well, which in turn will cost you more time and money to buy a new one.

If you’re feeling ambitious, chances are, you can convert your bow mount trolling motor to a transom mount.

With most trolling model mounts, it’s a fairly simple process of turning the control head 180 degrees.

Just be sure and do your research beforehand. Familiarize yourself with the basic steps and know the process for your specific model.