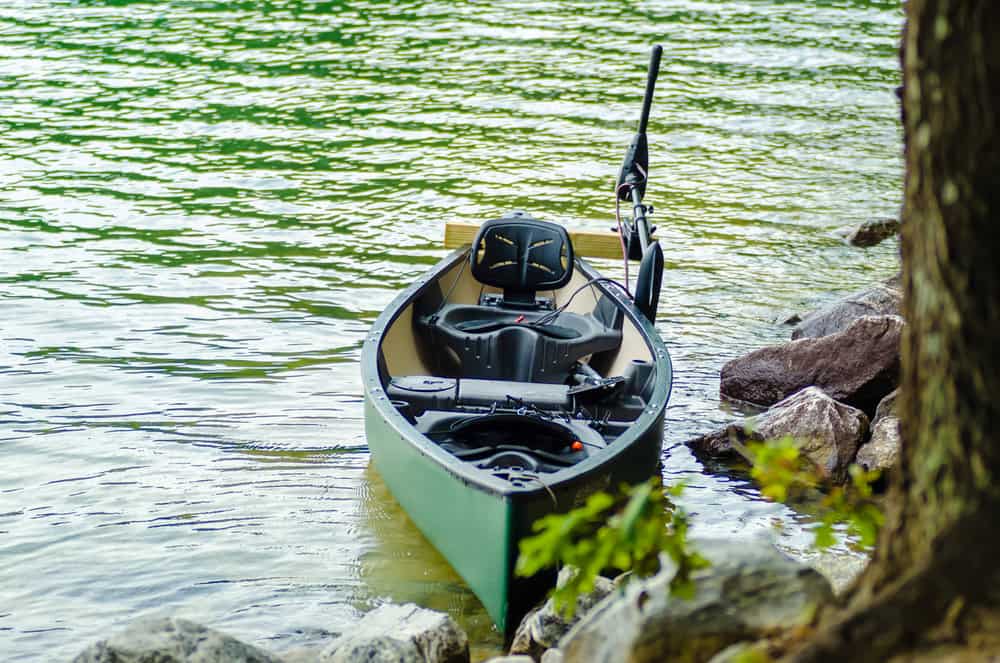 Trolling motors are great for moving boats through the water.

If you’ve been boating for any length of time, you probably know that most trolling motors are mounted either on the bow or the transom.

In some cases, the answer is yes.

So how do you do that?

Where is the best place to mount a trolling motor? Does it need to be centered?

And how do you know which side is best for mounting the motor?

In this article, we’ll answer all these questions and more.

Where is the Best Place to Mount a Trolling Motor?

You just bought a new trolling motor, and you’re trying to figure out what part of the boat you should mount it on.

Or maybe you just bought a new boat, and you’re not sure which part of the boat will be the best place to mount the trolling motor.

In either case, where you mount the motor will largely depend on the type of boat as well as the type of motor.

For example, if you have a transom motor, you’ll probably need to mount it on the transom. A bow motor is made to be mounted on the bow.

With some trolling motors, you can convert a transom mount to a bow mount fairly easily. In that case, you could mount it on either the bow or the transom, whichever you prefer.

Most boaters prefer a bow-mounted trolling motor because this type of trolling motor pulls your boat silently through the water, improving efficiency and making for calmer, quieter fishing conditions. Bow mounts also typically have more control options than transom mounts.

That said, others prefer transom mounts for their simplicity. Transom mounts may also work better for some smaller boats, and they typically cost less than bow mounts.

With some boats, there may not be enough room either at the bow or the transom. In that case, you may be able to convert the trolling motor for use on the side of the boat.

This may involve turning the motor head 90 degrees to the left or right depending on which side you plan to mount it on.

If your boat doesn’t have thick enough sides for mounting the motor, or if there isn’t adequate space, you may need to build a special mount onto the side of the boat.

Does the Trolling Motor Need to be Centered?

If the trolling motor is clamped on instead of screwed down with a mounting pad, make sure the clamp is firm and clamped on to a part of the boat that will support it.

Some motors are more heavy-duty than others, and these may need to be more perfectly centered to avoid tipping the boat one way or the other.

When mounting on the side, it’s important to keep this extra weight in mind. Most boats are heavy enough that they won’t be significantly affected by a motor mounted on the bow or the transom, but the weight imbalance may be more noticeable with side mounted trolling motors.

It’s best to keep the motor either toward the front or the back even when it’s mounted on the side. If it’s right in the middle, it will make the boat difficult to steer.

Which Side Should You Mount a Trolling Motor On?

In general, it doesn’t matter what side of the boat you use to mount your trolling motor, as long as you keep it toward the front or back.

When mounting a trolling motor on the side of the boat, you may need to compensate by adding extra weight on the other side.

You can do this by placing heavy gear to balance out the weight, or by sticking a 2’ by 4’ in the bottom of the boat on the side opposite the motor.

How do You Mount a Trolling Motor on the Side?

In general, you will simply follow the instructions included with the motor, except that you’ll be mounting on the side instead of the bow or transom.

If you are installing a new motor, you may need to assemble it first. Do this according to the included instructions.

If the motor is installed by screwing down a mounting pad, you will need a wide enough area for the pad to lie flat. If you don’t have such a surface on your boat, you might need to build a mount such as in the videos below.

These mounts will also work well for clamp-style trolling motors if you don’t have an adequate area on the boat for securing the clamp.

Once the motor is in place, screw it or clamp it until it is secure. Check to make sure it is straight as well as that the motor head and propeller are facing the appropriate directions.

Forums such as this one are a great source of knowledge from others who have been in your place. You can often find information about specific types of boats and trolling motors and whether others have had success with side-mounting.

So what are you waiting for?

Amazon Affiliate Disclosure
As an Amazon Associate I earn from qualifying purchases.