In 1659, Otto von Guericke invented the first air pump, a vacuum-style mechanism utilizing a simple piston. This machine, with a hand-operated plug and valve, helped give early scientists insight into the physics of a vacuum-like never before.

Since then, dozens of advancements improved these original and simplistic air pumps and optimized them for specific tasks.

After all these years, five main types have risen up as the best for each of their individual purposes: electric, high compression, high capacity, portable, and industrial.

In order to understand the lingo used when researching and purchasing an air compressor, you will want to be familiar with the following terms:

PSI: Pounds per square inch; this metric describes how compressed the air output is.

For tires, you should shoot for a rating around 90 psi, while many power tools operate at PSIs as high as 150. Make sure and check the requirements of any tools you plan on powering before purchasing a new compressor.

If a compressor has a tank, this isn’t as important, but if you plan on using a tool for long intervals, check the tool and make sure your compressor can maintain the necessary output.

HP: Horsepower; measures how powerful the motor is. It isn’t overly important, so long as the CFM and PSI are high enough for your application.

Voltage: Measures the “volume” of power in a circuit. Make sure the voltage for your compressor matches that of your power source or 110 volts for home power outlets.

While many other styles of air pumps utilize electricity as a power source, these air pumps boast a simple elegance that stands as a starting point for other modern designs.

Often with outputs of about 150 psi at volumes of 2–4 CFM, these tools serve as an inexpensive and powerful option with the capacity sufficient for most applications.

From power tools to filling tires, these pumps fill a myriad of needs and are often the go-to pump for home and workshop. 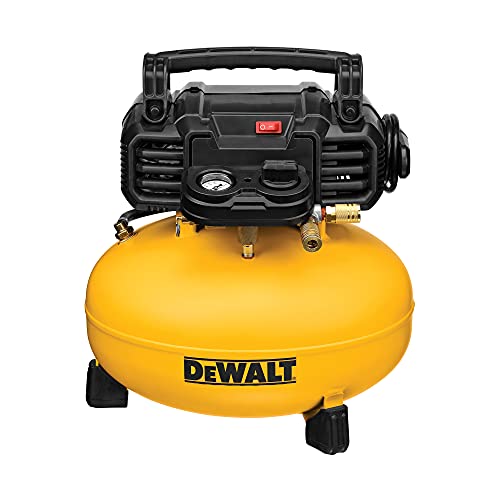 Chamber compressors  use a piston assembly to force air into a shrinking chamber.

Using a clever valve system to prevent backflow, air is pushed in front of the piston where it is compressed before being released into the tank.

Very similar to the original air pump systems, these compressors remain the cheapest and most efficient for most applications. 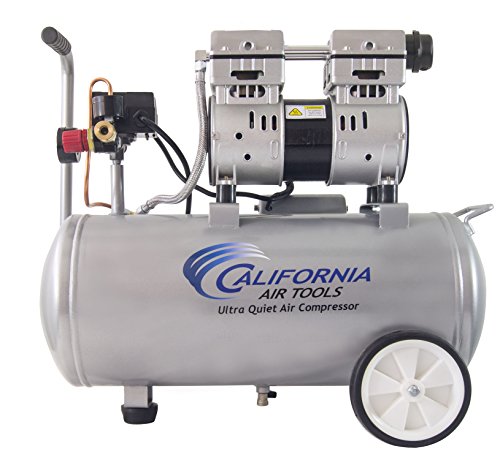 A rotary vane compressor, like this one , utilizes an off-center rotating crank. In these systems, spring-loaded arms are attached radially to the rotor, forming air chambers of varying sizes.

When the off-center rotor turns, it forces some of these chambers to shrink, compressing the air as it does so. By regulating where air can enter and exit this system, air is compressed and forced into a tank, where it can then be released as needed.

This system, while less straightforward and a bit more expensive than others, has the advantages of being quiet and easy to maintain.

For a more complete explanation and an animated model, watch the following video:

How does an Air Compressor work? (Compressor Types) - Tutorial Pneumatics

To qualify as “high compression,” an air compressor must be able to achieve pressures over 650 psi, though many of them will reach forces as high as 6,000 psi.

While often unnecessary for home use, a high-pressure compressor is useful for blow molding, filling high-capacity tanks (such as those used for paintball or scuba diving), and testing for leaks in certain fluid-based systems. 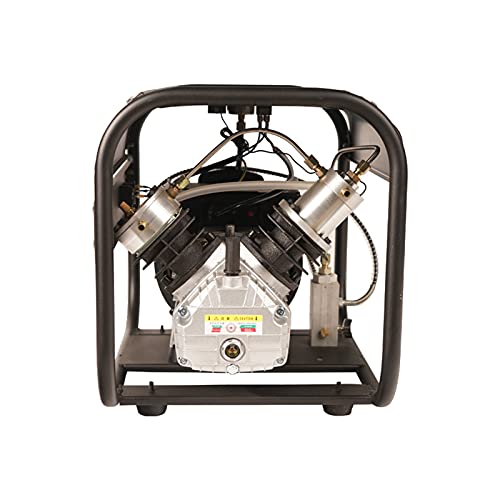 As air is forced into higher pressures it will naturally heat up, and because warm air is less dense than cool air, there is a limit to how far air can be compressed.

In order to move past these limits, multi-chamber compressors  utilize many smaller compression units working in tandem with cooling systems between each one.

The water coolant systems often make these systems a bit harder to run and maintain, but for pressures this high, that extra effort pays with better results and longer lifespans when compared to their single-chamber counterparts.

While a piston system works great for paintball and testing, the air interacting with the piston system will become infused with lubricant and minerals. To combat this, air compressors used by scuba divers and firefighters utilize multi-stage diaphragm units.

Differing from traditional multi-chamber compressors, the pistons within these tools will push and pull on a rubber membrane rather than interacting with the air directly.

Variations of this style, often utilizing only a single chamber, are used in some cooling systems for homes or automobiles.

More expensive and requiring even more pistons due to each one’s reduced capacity, these systems are impractical unless you plan on breathing the compressed air.

Because of the high cost and difficult maintenance, purchasing one of these isn’t recommended without first talking it through with an expert at your local scuba shop. 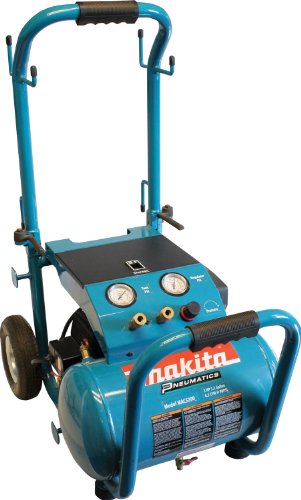 These compressors  use one of the above schematics (usually single or dual chamber piston compressors), but are optimized for their ability to compress large quantities of air.

They are used in a variety of commercial applications or for home use when you plan on running multiple tools simultaneously off of one compressor. 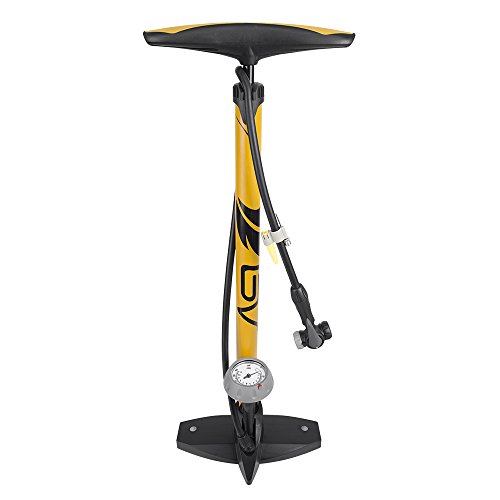 A portable air compressor will have lower PSI and CFM ratings but will make up for that deficiency with convenience. While lacking the capacity for tools, these compressors are useful for inflating tires, tubes, air mattresses, and sports balls.

Hand-powered pumps  are the smallest with a single chamber piston attached to a simple handle for either hand or foot operation .

Quicker and far less grueling, portable electric pumps  usually use outlet or 12V car power (though sometimes they are battery powered ) to fuel a rotary vane or single piston compressor.

With capacities as low as 0.5 CFM for electric and averaging only 0.1 CFM for hand-powered models, these pumps take far longer than their more expensive counterparts; portable electric pumps instead take about 5 minutes to fully fill a car tire.

In these circumstances, room-sized compressors allow larger volumes of air to be prepared in a fraction of the time required by slower systems.

Centrifugal compressors are the common pumps used in HVAC systems for homes and businesses. These models utilize fans to force air towards a powerful impeller (a bladed rotor designed to accelerate air and force it outwards).

Once there, the impeller will accelerate the air outwards fast enough for it to become pressurized and is forced into pipes. With far lower PSI ratings than other designs, these compressors can move large volumes of air inexpensively.

Sometimes scaled down for consumer purchase, these are the most common compressors in mechanic shops due to their low maintenance and ability to withstand continuous use.

Inside a rotary screw compressor, two rotors with a male-female design run in opposite directions, with space in between for air to flow.

With screws designed to be tighter fitting the further the air gets, the air is compressed as the rotors turn and force it along the inside of the screws. The resulting compressed air is forced out at a constant rate, often allowing these compressors to forgo the use of a tank.

Within a large metallic tank, dozens of blades force air along their surface. The design is split into pairs called stages, each one consisting of a massive fan and an oppositely oriented stationary blade called a vane.

As the fan pushes the air towards the vane, the air speeds up, only to be slowed down as it is pushed the opposite direction radially by the fixed blade.

From there the air is accelerated once more as it moves towards the next stage and forcing the air towards further and further compression until it is finally forced into its tank. Around the entire process, coolant systems maintain efficiency and keep everything working smoothly.

Because of their high cost, each axial compressor is engineered with a certain flow speed in mind to optimize it for its specific application.