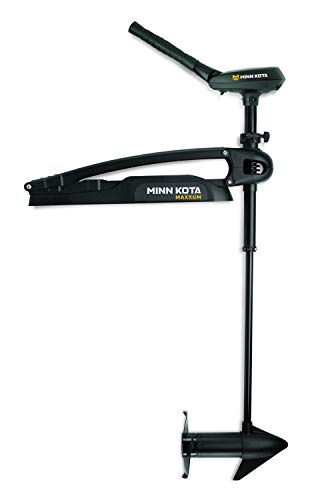 Acronyms, number designations, and company codes sometimes make it difficult to understand the difference between all the product features, what you should pay attention to, and what is simply for inventory purposes.

One such acronym is SC, which stands for Speed Coils, according to Minn Kota company information.

What Does SC Mean on Minn Kota Trolling Motors?

A Speed Coil is a motor that has five speeds. The speed coil is what is responsible for distributing voltage in specific ways, based on the path that’s been selected, such as speed – 1, 2, 3, 4, or 5.  It delivers voltage to the brushes in different ways on the actual motor that make it run at various speeds.

What are the differences between SC and Other Minn Kota Motors?

There are distinct differences between an SC motor and other motors, which are called Variable Speed motors or VS motors.

Instead of having five-set positions a VS motor is more like a rheostat (an electrical instrument used to control a current by varying the resistance) dial. So you have a dial that basically runs from 10 to 100, and at any point in that whole range of motion, it delivers different voltages to the actual brushes themselves. It’s controlled by a control board so it allows for a much wider variation of speed, it’s more fine-tuned control over your speed.

You’re not limited to five-set speeds with a Variable Speed Motor, you have a whole wide range of speeds. And the other big advantage to that is they don’t require the same voltage and amp draw on every speed like the SC five-speed motor does.

A five-speed, Speed Coill motor is going to require the same voltage and the same amp draw at any given speed, but variable speed motors do not, which means you’ll end up getting five times longer run time.

The Give and Takes When Deciding What Motor to Purchase

The upside of a Speed Coil motor is basically cost, they’re cheaper to produce and they’re cheaper for the consumer. So cost is the major factor, balanced with performance. In many cases, people won’t need anything high powered, so it really depends on the type of fishing that you’re doing.

If you’re out bass fishing for example, and you just want a traditional cable style motor, you could throw your SC motor on speed 3 and just cruise at low speeds, and you can work around your brush piles and do other simple maneuvers with just a bit of steering, which is one way to use a SC motor.

With the VS motor, you have finer control over your speed, and the biggest advantage to going Variable Speed is a longer run time, whereas the biggest advantage of going the Speed Coil rute is simplicity and cost, which is not a small thing for some people. It boils down to a personal preference and the needs of the individual. It all depends on the user. You have to figure out what your needs are and what kind of fishing you want to do, and then make a decision from there.

How it all works

A Speed Coil is how an electric motor like this works. The general premise of how this kind of electric motor works is that you have a positive and a negative voltage, and those are applied to a set of brushes that touch a commutator on an armature. When they touch that commentator on the armature, they’re electrifying that commutator, and then the armature then spins inside of a magnetic housing.

Why the SC Designation

It’s done this way because there has to be some level of control of the voltage to determine what sort of speed outputs you can actually get. And the Speed Coil is basically how that’s designed. It’s not necessarily advertised that way, but realistically SC on Minn Kota motors is more of a way to identify that a particular model is a five-speed motor.

In essence, it’s not a specific technology that they’re advertising, it’s just an easier way to identify the motors capability. For instance, if you buy a car, you’ll have a choice between a standard or an automatic transmission.

Remember, it depends on use; as long as you’re not using it for something that’s not meant to be used for, and how you take of your motor, and aside from a water intrusion or misuse, your Speed Coil should last the life of the motor, which according to company information, should be a very long time.

For instance a long time Minn Kota motor user called customer service recently to replace a broken prop on a 65 B that was manufactured between 1979 and 1981. The broken prop was the only thing wrong with the motor, which should give you an idea of their reliability with proper use and care.

These motors are not designed for speed

A Speed Coil motor is designed for trolling, roughly between 1 to 3 miles an hour. If you operate them at that high speed for a long time, they can only do so much to dissipate the heat that’s created.

They use the water surrounding the housing and they use the shaft itself, which is ventilated all the way up to the top, but there’s only so much ventilation that they can use because it still has to be watertight. So it can only dissipate so much heat. If you run it at a high speed for a prolonged period of time, even for 15 minutes, you can burn out the Speed Coil.

Given that a Speed Coil has 5 speeds, you should only use the 5th speed to move or get around something quickly or to make a quick maneuver. For the most part, the recommendation is to run your motor on speed 3 for the majority of your use, and 4 should be the max for cruising, but 3 is best. Remember, they’re not built for speed, they’re designed for trolling between 1 to 3 miles an hour.

You should think about your needs and desired use when deciding between a Variable Speed motor and a five-speed – Speed Coil motor. Both motors are long-lasting with proper use and maintenance.

With a Variable Speed motor you have finer control over the speed, as opposed to a Speed Coil motor where you are restricted to 5 specific speeds, which could make a difference if you are running at a high speed and you have to turn quickly. You also get a longer run time with a VS motor, especially if you’re using it frequently.

Another thing you need to consider when deciding what motor and what craft to purchase, is that you also need a battery, which is not small according to Minn Kota. The company recommends a large 12 volt, group size 27 or larger, hundred amp hour rating battery or more. And all motors require the same kind of battery.

Another pro aspect of the Speed Coil motor is its repairability. In the worst case scenario, usually caused by misuse or mis-wiring according to Minn Kota, it can easily be repaired.

There are two components that make up how that motor is controlled, the actual five-speed selector switch and the speed coil. If it does happen to break, typically the switch itself is what ends up burning up before the speed coil, which is easily and inexpensively replaced. You can do it yourself if you know what you’re doing.

The SC or Speed Coil motor is great if you want to fish at a leisurely pace, just trolling at slow speeds without many obstacles, and if price is an issue, the SC motor is your best bet.

However, if you often feel the need for speed, and you want to zip from one fishing hole to another, you may want to think about the Variable Speed motor. The good news is that they will both last you years of use with proper care and maintenance.

To learn more about Minn Kota click HERE. To review their FAQ’s click HERE for questions about their motors and the company.  Also, click HERE for their buying guide. To contact customer service or to speak with a product specialist click HERE.