Maybe you’re new to shopping for batteries and are a bit confused by all the different options out there. Or maybe your last battery didn’t perform as well as you’d like, so you’re looking for something better. 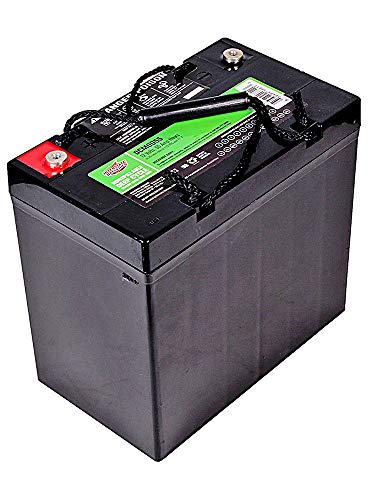 Either way, you’ve come to the right place!

Today, we’re going to talk about absorbent glass mat, or AGM, batteries, as well as their close cousins, gel batteries.

Are AGM and Gel Batteries Good to Use with Trolling Motors?

For these reasons, they are also more expensive.

So, are they both good choices for trolling motors?

The short answer is yes, absolutely. But it may depend on how much you use your trolling motor and whether or not the extra cost is worth it to you.

AGM batteries are not easily disturbed by shocks and vibrations, so you can expect them to run flawlessly even in choppy waters. Gel batteries are even more shock resistant and can also handle a wider temperature range, making them great for both summer and ice fishing.

Both AGM and gel batteries are referred to as “sealed lead acid” batteries because the electrolyte is sealed within the battery–you can’t get to it without destroying the battery, and you don’t have to add water as you would with a flooded lead acid battery.

All of these characteristics combine to make AGM and gel batteries great choices for trolling motors.

Of course, as stated above, they are also more expensive than flooded lead acid batteries, and gel batteries are typically more expensive than AGM batteries. If you don’t do a lot of boating or only use your trolling motor on rare occasions, you may not want to pay extra for AGM or gel.

So, we talked about some of the general benefits of AGM and gel batteries above. But what are some specific pros and cons of these types of batteries?

Keep reading to find out!

Pro: They are Durable

As mentioned, both AGM and gel batteries can take a lot of abuse. Because of how they’re designed, they can absorb a lot of shocks and vibrations without sustaining damage to the essential components inside.

AGM batteries have a wide variety of uses aside from trolling motors because they resist damage so well and can be mounted in nearly any position without risking leakage.

Gel batteries are a newer technology and are usually pricier, but they are also a popular choice for outdoor uses because they are more damage-resistant than AGM batteries. In addition, their ability to withstand a wide range of temperatures makes them even more durable.

Pro: They Last a Long Time

Remember how we said the electrolyte is sealed inside AGM and gel batteries? This electrolyte is portioned out so that the battery will last for a specific number of charge-discharge cycles. Unlike flooded batteries, there is no risk of the fluid leaking.

In addition, both AGM and gel batteries last longer between charges than flooded batteries. Both types have a greater discharge rate, which means you can run them to a much lower charge without risking damage.

Pro: They are Spill-Proof

Because the electrolyte is sealed inside AGM and gel batteries, you don’t have to worry about them leaking or spilling fluid. They are non-toxic and won’t produce smelly fumes, though they do have a built-in valve to release gases that would accumulate during charging.

Because they are spill-proof and leak-proof, they can be mounted upright, at an angle, or on the side without risking damage. This gives you a variety of options for mounting if you don’t have a lot of space for the battery.

Con: They are Expensive to Produce

Gel batteries, in particular, are typically even more expensive than AGM batteries.

Of course, when it comes to batteries of all types, you generally get what you pay for. High-tech, long-lasting, maintenance-free batteries are always going to cost more than basic flooded batteries which require more maintenance and have shorter lifespans.

Con: They are Sensitive to Overcharging

One thing you have to be careful about when using AGM or gel batteries is how long you charge them.

These batteries charge more quickly than other battery types, and you can’t simply leave them on the charger and forget about them. Overcharging these types of batteries can damage them and will almost certainly shorten their lifespan.

AGM, Gel, Flooded Lead Acid, and Lithium Batteries Compared: Which is Best for Your Trolling Motor?

We’ve already compared and contrasted AGM and gel batteries with flooded batteries, as they are all subtypes of lead acid batteries. That said, they all have different uses, benefits, and drawbacks. Plus, we haven’t even begun to discuss lithium batteries.

How do these four battery types stack up against each other? And, more importantly, how can you know which one is best for your trolling motor?

Flooded lead acid batteries are the least expensive of any trolling motor battery, but they also require the most maintenance and have the shortest lifespan. Depending on the quality of the individual batteries, they may not last very long between charges.

Flooded batteries are useful if you’re a casual boater, don’t use your trolling motor often, or are willing to put up with the maintenance and short life span in order to have a solid budget battery.

AGM batteries, as mentioned, are more expensive but generally last longer than flooded batteries. They are less prone to damage, won’t spill, and will last longer between charges.

Over time, AGM batteries, like flooded batteries, will begin to deteriorate and won’t hold a charge as long. That said, it generally takes longer for them to get to that point.

AGM batteries are a good choice for boaters who want a more dependable, less damage-prone battery but aren’t willing to pay the big bucks for it.

Gel batteries are designed similarly to AGM batteries, but last longer, are more damage-resistant, and deteriorate much more slowly. They can be used in a variety of water and weather conditions and work best during deep discharge cycles.

Gel batteries are a great choice for serious boaters who rely on their trolling motor and are willing to pay a bit more for a battery with a lot of great features.

Lithium batteries are also lightweight, run excellent even at very deep discharges, and can handle the widest range of temperature and weather conditions.

Lithium batteries are a good choice for any dedicated, frequent boater who’s willing to pay top dollar for the best type of battery on the market.

It’s worth saying again: when it comes to batteries, you get what you pay for. Most boaters will probably want something a little better than a flooded lead acid battery, but not everyone will want or need lithium batteries enough to justify the higher cost.

With that in mind, AGM and gel batteries provide two fantastic mid-range options that a large majority of boaters will find sufficient for their needs and easy enough on their wallets. 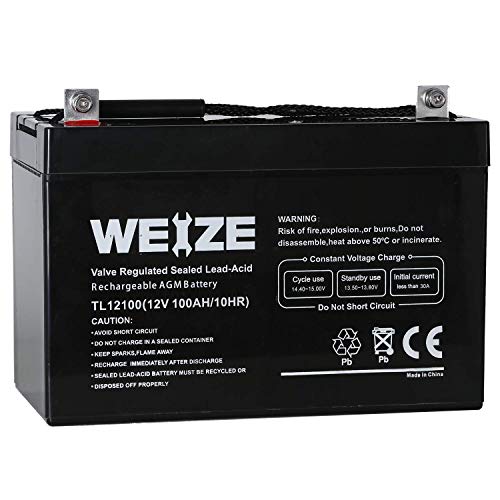 This battery is a fantastic choice for medium and large boats and trolling motors due to its size and amperage. 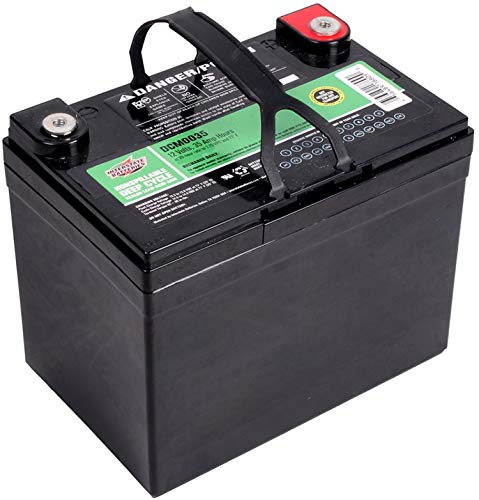 It’s a 12V, 35Ah battery with dimensions of approximately 5 x 6.5 x 7.5 inches. Though originally made for scooters and wheelchairs, this battery has a number of other uses as well and is a great choice to power your trolling motor. 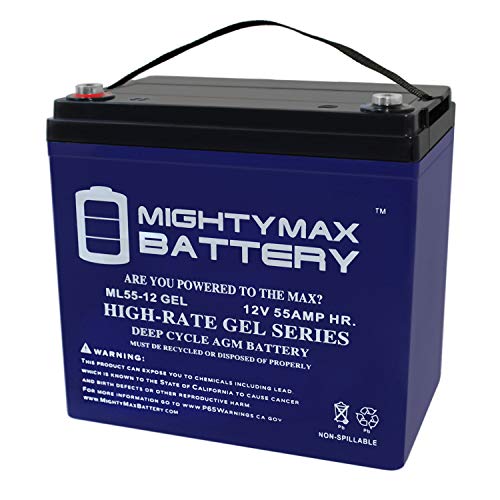 AGM and gel batteries are both great options for trolling motors if you use your trolling motor a lot and want a dependable battery, but aren’t willing to pay the premium price to go with lithium.

Though they cost more than flooded lead acid batteries, they will most likely pay for themselves in the form of longer lifespans and better performance over time.