When it comes to inflatable boats and other inflatable products, like towables, there are several common valve types. One of the most popular is the Boston valve. A newer option is the Lightning valve.

Both of these are great valves and will hold air well for you when you are out on the water. Here’s what you need to know about both of them. 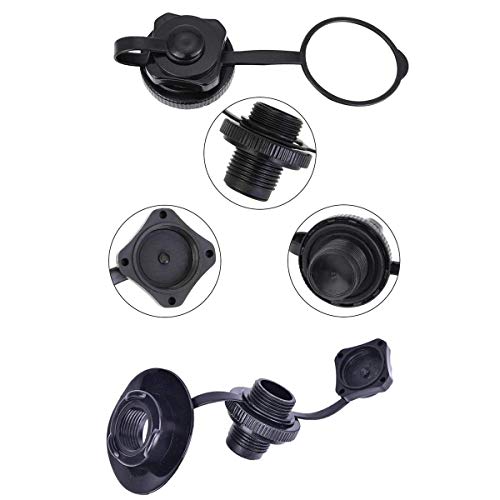 A Boston valve is an ingenious system for inflating, holding air, and deflating all sorts of items that go on the water. You can find Boston valves in inflatable boats, kayaks, towables, and more.

A Boston valve comes in three parts. The base is the largest piece. It holds the shape of the hole in the inflatable and permits air to go in and out.

Next comes the centerpiece. It gets screwed into the base and contains the check valve, which is what keeps the air inside the boat. Finally, there is the cap. It screws on top to protect the valve and keep dirt, dust, and other debris away from it.

How Does a Boston Valve Work? 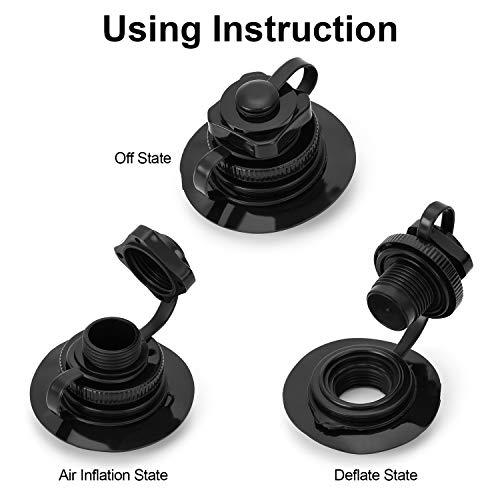 The check valve inside the centerpiece of the valve opens when you put air into the boat. Then it closes shut and does not open again until you deflate the boat.

Even if air tries to get out of the Boston valve, the check valve will hold it in place. In fact, escaping air raises the pressure against the check valve, which seals it even tighter.

You will need a pump to inflate a Boston valve to successfully open the check valve. To deflate the boat, all you need to do is unscrew the middle piece of the valve. This opens the full hole in the base and permits air to escape quickly and efficiently.

Just make sure you keep track of the middle piece after you unscrew it, or you won’t be able to use your Boston valve again until you replace it!

Different manufacturers make different Boston valves. The best way to get replacement parts for yours is to look for one made by the same company that your inflatable came from. You may even need to match it with one made for that kind of inflatable.

Watch the YouTube video below to see the inflation and deflation instructions listed here at work.

How to inflate and deflate a tube with the Boston Valve

More Details About the Boston Valve

Boston valves are great all-around valves for inflatables. They are great because, even though every manufacturer makes theirs a little different, you use them all in the same way. Once you know how to work with one, you can work with any Boston valve you encounter.

Boston valves are inexpensive, too. When you need to replace one, it’s usually easy to find an affordable option and they don’t raise the cost of the inflatable you’re buying.

If you’re considering a boat or other inflatable with a Boston valve, rest assured that you’re getting a great valve. Leaky air should not be a problem when you’re relying on a Boston valve. 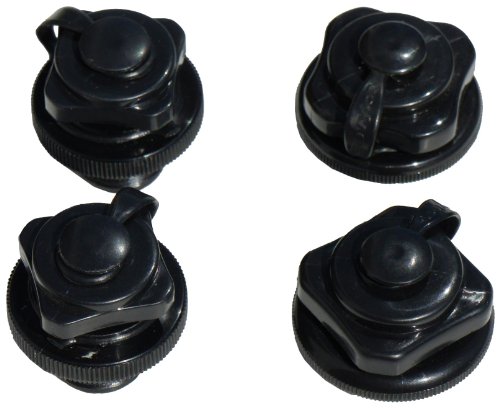 The Lightning valve is a newer valve designed as an improvement of the Boston valve. It was designed by and is primarily used by O’Brien on their line of inflatable towables. Overton’s also uses it on their Gladiator line of towables. 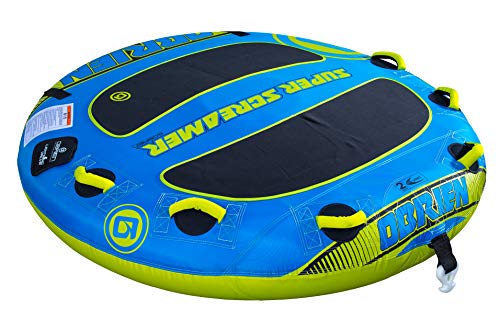 The Benefits of the Lightning Valve

On the Boston valve, the cup and the valve are two separate pieces. With the new Lightning valve, these are a single piece. This makes it easier to use the valve and easier to keep track of the pieces when you are inflating and deflating your towables.

The Lightning valve also has a larger diameter than the Boston valve. This makes both inflation and deflation faster. You may get out on the water up to 56% faster.

Note that you will need a different adapter for your pump when using a Lightning valve, as the one for the Boston valve will be too small. You may need to purchase a new pump with the proper set of valves in order to use it with a Lightning valve. 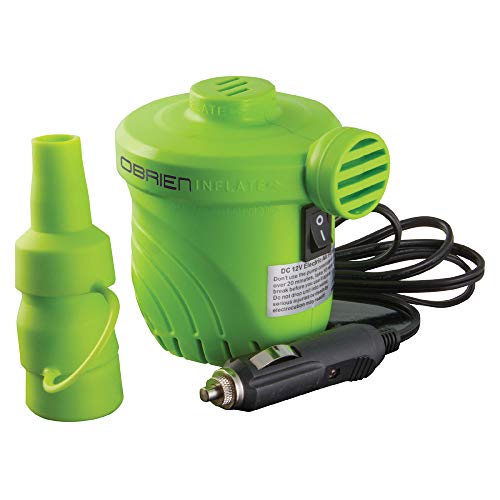 This opens the valve and allows the air to leave quickly. You don’t have to keep track of the valve or of anything else because it is all attached to the tube itself.

The Lightning valve works similarly to the Boston valve. The pressure of air against the check valve increases the seal between the valve flap and the cup. You’ll never have to worry about innertube deflation again!

The Lightning valve is offered across O’Brien’s line of products and on Overton’s high-quality towables. It may cost a little bit more to get a tube with a Lightning valve, but the price difference should not be significant.

Learn even more about the Lightning valve here.

These valves are both great options for anyone and everyone who wants to get out on the water. They allow for quick inflation and deflation and are easy to use.

No matter what valve you end up using, enjoy your time out on the water. Whether your inflatable has a Boston valve or a Lightning valve, your inflatable should hold air and you should be able to have a great experience.