Chances are, you’ve got one on your boat--that little red dial marked Off, 1, 2, and All. This little device is called a marine battery switch, and it’s used to switch back and forth between two separate battery sources on your boat.

But what happens if this battery switch goes bad?

The truth is, there are a number of different issues that may be caused by a bad battery switch, but you may not have thought to check it. What sort of problems should cause you to suspect your battery switch?

Is there any way to test whether a battery switch has gone bad?

And how do you fix or replace a bad marine battery switch?

Keep reading! In this article, we’ll take a closer look at each of these questions.

As noted above, yes, it is possible for a marine battery switch to go bad.

Battery switches are mechanical-electrical gadgets, which leaves them prone to rust, corrosion, wear and tear, and breaking, especially over time and with repeated use.

Many boats have a starter battery to get the engine started and a house battery to control onboard electronics such as lights, radios, fishfinders, and refrigerators.

A battery switch gives you control over which battery you use at a given time, as well as which one is continuously charged by the alternator as the engine runs.

If the battery switch is set to “all” or “1+2,” then both batteries will be used when the engine is off and recharged while the engine runs.

If a battery switch goes bad, it may no longer control which battery is used or charged, which may cause a wide variety of problems during your next time out on the water.

What are the Symptoms of a Bad Battery Switch?

Some of the most common symptoms include: 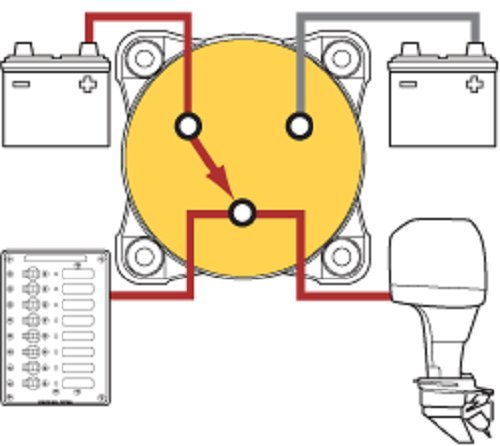 Of course, if your engine won’t start, this could be related to the starting battery, or it could be a problem with the engine itself. But if you’ve checked your battery and your engine and can’t seem to figure out where the problem is coming from, check your marine battery switch.

The battery switch may cause starting problems if there is a bad connection between the switch and the battery; if the battery isn’t getting the signal to start the engine, it won’t start. 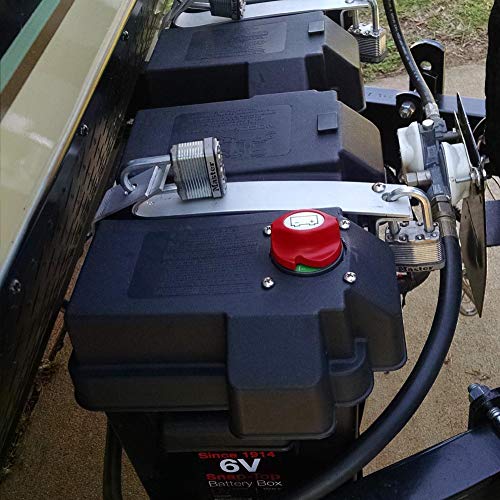 If either of your batteries isn’t getting recharged while the engine is running, first look to see whether your battery switch is turned off. If it isn’t turned off, it may have simply stopped working.

Once again, if the switch isn’t passing the current from the alternator to one or both of your batteries, they won’t recharge. If they aren’t being recharged by the running engine, then they will quickly lose their charge and stop working.

If you notice any kind of damage or corrosion to the cables or housing compartment, then there’s a good chance the battery switch won’t work. Even if it seems to still be working properly, it will be at a higher risk for shorting out when you use your batteries for long periods of time.

Again, the problems listed above are not the only ones you may experience with a bad battery switch.

If you run into any kind of problem that seems connected to the engine or the batteries, but your engine and batteries are not to blame, then you’ll want to check the battery switch.

How to Test a Marine Battery Switch?

The best way to test your marine battery switch is to use a voltmeter, as shown in the following video:

Keep in mind that you may not even need to test your battery switch. If there is a lot of visible corrosion or it is clear that the switch isn’t operating properly, then you can simply uninstall the existing battery switch and replace it with a new one.

How To Fix a Bad Marine Battery Switch?

There isn’t much you can do to fix a bad battery switch--in most cases, you will simply need to replace the whole unit.

Replacing the battery switch is as simple as removing the old one, then following a tutorial video below to install your new battery switch:

The steps are as follows:

If you are experiencing battery or engine problems on your boat, your marine battery switch may be to blame. But if you follow the steps and information in this guide, you should be well on your way to discovering the problem and fixing it.