If you’re someone who likes cruising on kayaks or inflatable boats for fishing, you might’ve wondered whether or not two trolling motors will make your boat run faster.

Speeding up your boat will allow you to reach from one fishing spot to the next much faster!

In this article, we’ll cover:

Can you run two trolling motors?

Yes, you can run two trolling motors from one boat. Doing so will give you a few benefits that are better than a single motor. 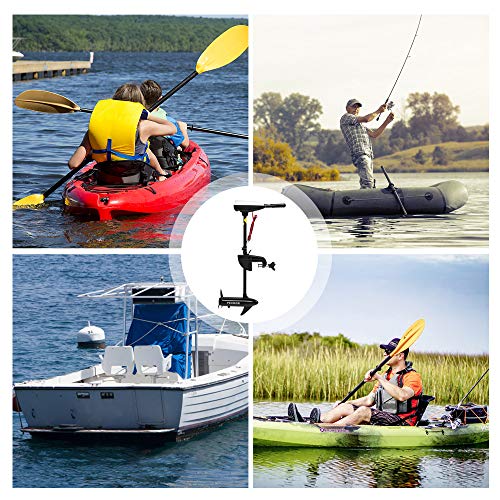 By using two trolling motors, you’ll get the benefit of having double the thrust. Although you won’t go twice as fast, it’s still an upgrade from a single motor.

However, keep in mind that higher thrust is only important for bigger and heavier boats.

Most trolling motors have a top speed of 4 to 6 mph that they can’t exceed. It requires more thrust to reach top speeds for heavier boats, especially if you face rough water conditions.

Another advantage to using a dual trolling motor setup is increased maneuverability. You’ll be able to place one trolling motor in the front of the boat and another in the back.

This means you’ll be able to switch between trolling motors. Using the front motor means you can steer the head of the vessel, while the back one means you’ll steer from the back.

For example, if you’re ever stuck in vegetation from one end of the motor, you’ll be able to maneuver out easily from the other motor.

You may be able to get a longer run time using two motors. Say you have one motor on the stern and one on the bow.

Essentially, the front motor acts as a second battery so that you can fish longer.

A dual trolling motor can increase the speed of your inflatable boat. It won’t turn your vessel into a speed boat.

However, it can boost the speeds to ensure you’ll consistently hit the motor’s top speeds.

Two motors positioned in the rear of the boat may push the stern deeper and the bow slightly higher, which slows down the boat. A boat that is leveled will travel faster.

Just make sure that the front of the boat isn’t raised higher when you place two motors in the back. This can be counterproductive to your speed and may tip the boat off balance.

Also, make sure that both motors have the same thrust to prevent having inconsistency in speed.

One downside to having two motors is that the motors can be noisy and increase the likelihood of spooking fish.

There are two ways to set up your dual trolling motors:

For those who want more precise control of their boat, we suggest having one motor in the front and one in the back.

We’ll cover how to install the trolling motors in the bow and stern so that you can get your ultimate dual-motor setup.

Mount Your Motor on the Transom

Use a transom mount to install your motor to the stern of your boat. To attach two motors to the transom, simply repeat these steps twice.

Mounting a Trolling Motor on the Bow

Mounting the motor in the front of the boat requires a bow mount.

Bow mount trolling motors provide more precise control since you’re pulling the boat through the water compared to transom mounts where the motor is pushing it from behind.

Keep in mind bow mounts are better used for medium to larger-sized boats.

Can you run two trolling motors on one battery? 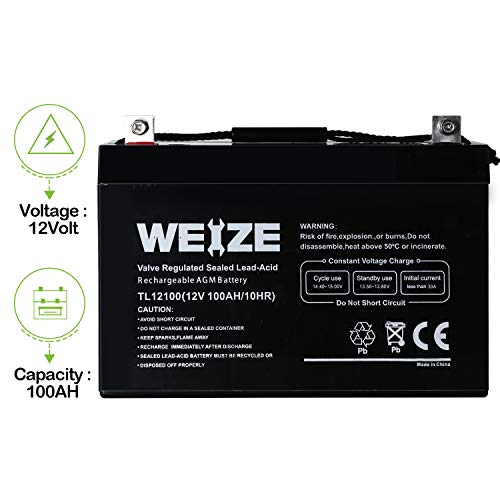 It’s best to use a separate battery for each trolling motor.

Using one battery means that you will have two motors drawing from the same energy source, so you’re using twice the amount of wattage.

As a result, your battery will drain quickly. Using two batteries allows each motor to draw from a separate battery, which leads to a longer run time.

Another factor to consider is the weight of the batteries. For example, an average two-person inflatable boat may have a weight capacity of 520 pounds.

On average, a 12-volt deep cycle battery weighs about 60 to 70 pounds. Using two batteries could mean that one-fourth of your boat’s weight capacity is dedicated to batteries.

Smaller boats may not have the weight capacity to handle two batteries. The heavier the boat, the more fuel than it requires and increases the odds of capsizing.

Furthermore, an overloaded boat will be difficult to maneuver, especially in bad weather.

If you’re someone who carries a lot on your inflatable boat or just wants a boost in speed, having an extra motor makes a difference in going faster and improving maneuverability.

We hope this helps your next fishing trip be more enjoyable!